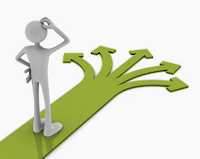 Yesterday i had the esteemed privilege of speaking to a local high school/ jr. high student body.  It just so happens that it was also election day (President).  I had was up early went through my routine and then headed out to be at the polls at 7:00am to cast my vote.  As a U.S. citizen, there are many privileges given to us and one of them is the privilege to vote for the leader of our country.

As i placed my vote i went about my day and then met with this group of students where i shared with them that everyday is filled with moments where we have to make decisions.  While i recognized  that most of the students were not of age to vote in this presidential election, which is an important day and an important decision in the vote you cast, i did say that each of them everyday was faced with making important decisions; decisions that would affect not only themselves on a personal level, but others who were close to them that they cared about and even those whom they didn't know out on the periphery of their lives and influence.
From that i moved to the story of Joshua who was chosen to lead the Israelites after the larger than life figure of Moses.  It was Joshua who went out in the group of twelve to scout out the land of Canaan and it was Joshua along with Caleb who were the only ones out of the twelve who said the land was able to be taken and inhabited.  A decision was made to not go into the land and because of that decision the people wandered in the wilderness (desert) for forty years (one year for every day that the 12 "spies" spent scouting the land of Canaan).

With that Joshua called for the people to fear the Lord God and worship in sincerity and truth.  But regardless of what the people would do, Joshua had already made his decision.  His decision was that he and his whole household would serve God.  This was his decision and it was an important one to him; important enough that he gathered all the Israelites together to hear it.

The Bible states that after this meeting, Joshua sent the people away each to their own inheritance and after these things, a period of time passes and Joshua died at the age of one-hundred and ten.

I laid a few questions before this group of students as a closing thought:
I closed by encouraging them not to make decisions based solely on popularity (the right decision in the eyes of others), but to make decisions based on prudence, (the right decision in the eyes of God).  And realize that decisions to be a good student, a faithful friend, a  person of trusted  integrity, character, and faith can begin today.  Choose you this day...decisions, decisions.
Posted by Unknown at 7:58 AM