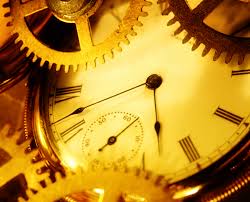 I just started reading Thom Rainer’s “I AM A CHURCH MEMBER”.  In the first chapter He tells of two church members, Michael and Liam, who have differing views of the Church with respect to the overarching purpose of it.  Liam viewed the church’s effectiveness in his life by what it would give to him while Michael’s view was completely the opposite; he saw the church as a place for him to give, to contribute, to build, and to invest.  From these two differing positions the story ends with a question, “Why do we have such different perspectives?”

Out of this story Rainer proposes that differences such as this have led to a weakness of and failure, to some degree, within the Church as he states, “congregations across America are weak because many of us church members have lost the biblical understanding of what it means to be a part of the body of Christ.  We join our churches expecting others to serve us, to feed us, and to care for us…God did not give us local churches to become country clubs where membership means we have privileges and perks.  He placed us in churches to serve, to care for others, to pray for leaders, to learn to teach, to give, and, in some cases, to die for the sake of the gospel.  Many churches are weak because we have members who have turned the meaning of membership upside down”.  Rainer goes on, “It’s time to get it right.  It’s time to become a church member as God intended.  It’s time to give instead of being entitled”.  With that I add a hearty Amen.

Rainer gives some numbers to back his position with what is happening within the local church today, but it is really a systemic problem for the Church at large.  And from these issues there is a ripple effect that channels out into the mission field of which Dr. Danny Akin, president of Southeastern Baptist Theological Seminary, so poignantly spoke as he delivered the closing message of the SBC in Houston, TX (Will Southern Baptists Be Great Commission Baptists: Six Marks of a Great Commission People).

All Christians are called to a life of service and sacrifice by Jesus Christ Himself.  The church, as an edifice, was not intended to be a palace of pampering nor a lair of leisure.  The church is a harbor for sending.  The church is a place where men, women, and children learn that they are the “church” the body of Christ and in that they have been charged with the high calling of going into the lands, both near and far, not to be served, but to serve with the message of the gospel of Jesus Christ.  If Christians will not live it nor share it, who will?  In his address to the Convention, Dr. Akin quoted the Baptist theologian Carl F.H. Henry who said, “The Gospel is only good news if it gets there in time.”
Are well compelled by Christ to live Christ and be a true servant, to share Christ as an ambassador for Christ?  What does the Church mean to us?  How does the Gospel motivate and move us?  Whose kingdom are we building and to a greater point of introspection, whose kingdom are we tearing down?

John 3:29–30 (HCSB)
29 He who has the bride is the groom. But the groom’s friend, who stands by and listens for him, rejoices greatly at the groom’s voice. So this joy of mine is complete. 30 He must increase, but I must decrease.”